As Salesforce rolled out Spring 19' release across the globe, Copado Essentials also updated our default Salesforce API version to 45.0. This means that when you perform an org-to-org deployment, the default latest API version will be used. This, however, does not impact git based deployments as we always respect the version you specified in package.xml or sfdx-project.json.

Previously, in a number of cases when you select language translations, the translations for object labels were not included. This issue is now fixed. To deploy translations, simply select the languages together with the components of which translations you would like to migrate over.

When you authorize a Git org via OAuth (for cloud-based git repos), previously we only support selection of repository from a drop-down list. Due to certain git access configurations at our customers' ends, a number of git repositories that users should have access to were missing from the list.

In this release, you can now enter your git repo URL directly using the enter manually option, per the screenshot below. 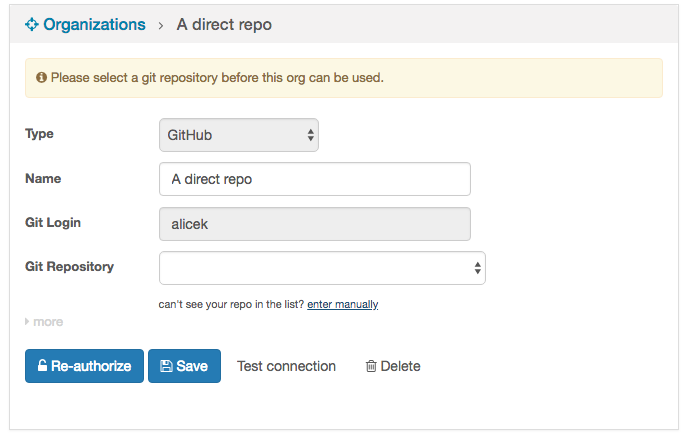